In the game two or more players take on the roles of ancient vampires known as Methuselahs. Methuselahs are considered mere legend by younger vampires. Younger vampires think that they pursue their own ends… even as they are being used by one Methuselah to undercut the influence of another. Throughout the world, Methuselahs manipulate their minions to frustrate the designs of the other Methuselahs, just as they have for as long as they can remember. These eternal struggles, sometimes covert and subtle, sometimes open and spectacular, are collectively known as the Jyhad. 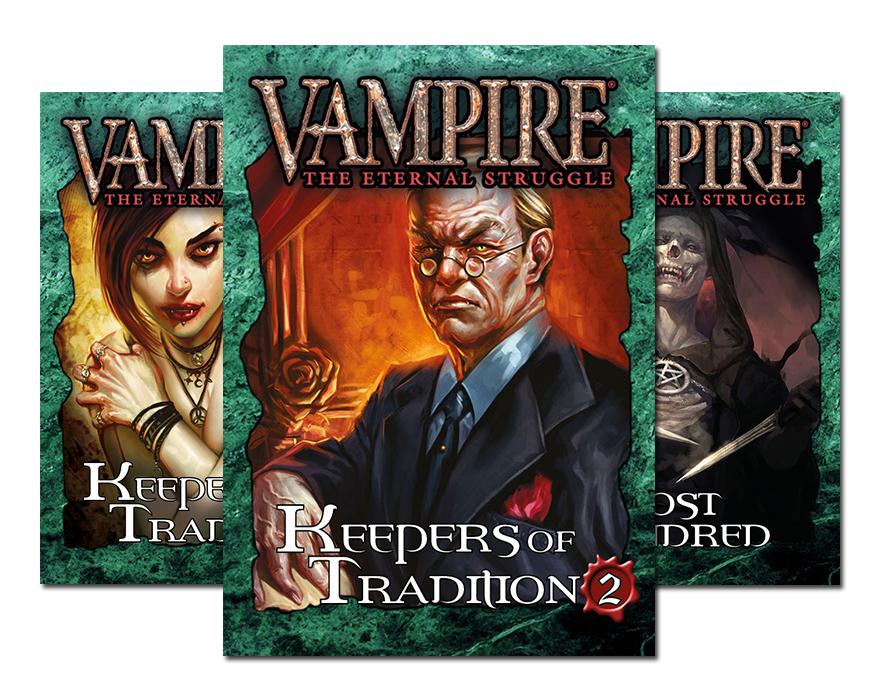 Report from Pre(Post)Release by Dude

March 9th, Saturday, Warsaw, Piw Paw Beerhaven at Foksal St. 16, A.D. 2019. Its rainy, gloomy and cold. Most people would rather stay home that day… Meanwhile, a dozen or…
read more

BCP has really suprised us with new announcement that the new Sabbat starters are gonna speed up and we can see them at the end of January! This is great…
read more
show all posts

Vampire the Eternal Struggle is more than just a card game for us. We’ve been playing it for over 20 years. Its comprehensiveness, original and practically perfect multiplayer, fascinating World of Darkness composing a fictional basis – all this makes Vtes the most perfect and the most underestimated card game in history. Especially the last 10 years have been difficult. Since Black Chantry Productions came into being better times for all players (old and new ones) are coming. That is why we decided to take part in the another game’s revival and we created this store.
Our mission is to provide products at the highest level, targeted at VTES fans from around the world; under the auspices of Black Chantry Productions and with the blessing of White-Wolf – creators of the World of Darkness.
In the near future, we will extend our offer of elements accompanying the game such as counters, collector’s shirts, markers (Edge), etc.
We believe that thanks to our joint activities with BCP we will not only provide current players with access to new cards, but most of all we will build a new generation of Vampire the Eternal Struggle players!
This is what we warmly wish for.
VTES.STORE